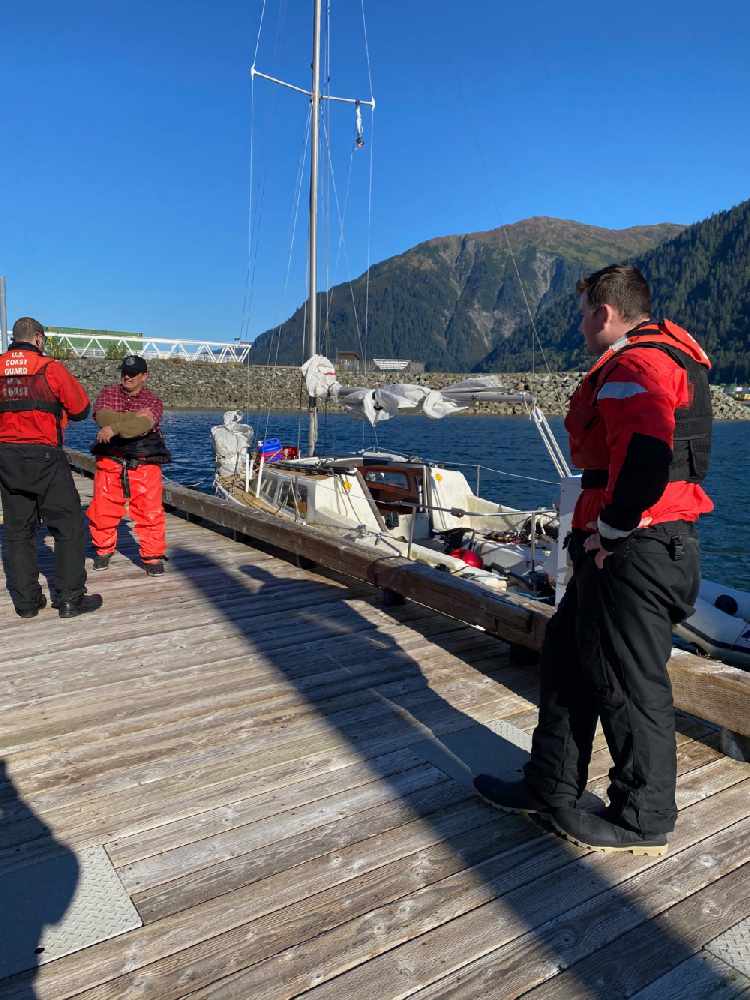 Juneau, Alaska (KINY) - A ship with a family of seven on board was towed to safety in a combined effort by the US Coast Guard Sector Juneau and Alaska's Deaprtment of Fish and Game Sunday.

A good Samaritan fishing vessel, the Jenny May, received the broadcast and assisted at the scene.

The vessel in distress was low on fuel and had a broken rudder.

Two adults and five children were aboard.

The Alaska Department of Fish and Game vessel, the Medeia, took the family on board.

Officials said the weather conditions were rough at the time of the rescue.

"Cases like this make my job and the long hours worth it," said Petty Officer 2nd Class Anthony DeLorenzo, an engineer aboard the RBM. "When I'm able to help save a family, it's extremely rewarding to see how grateful people are for you and for what you do."