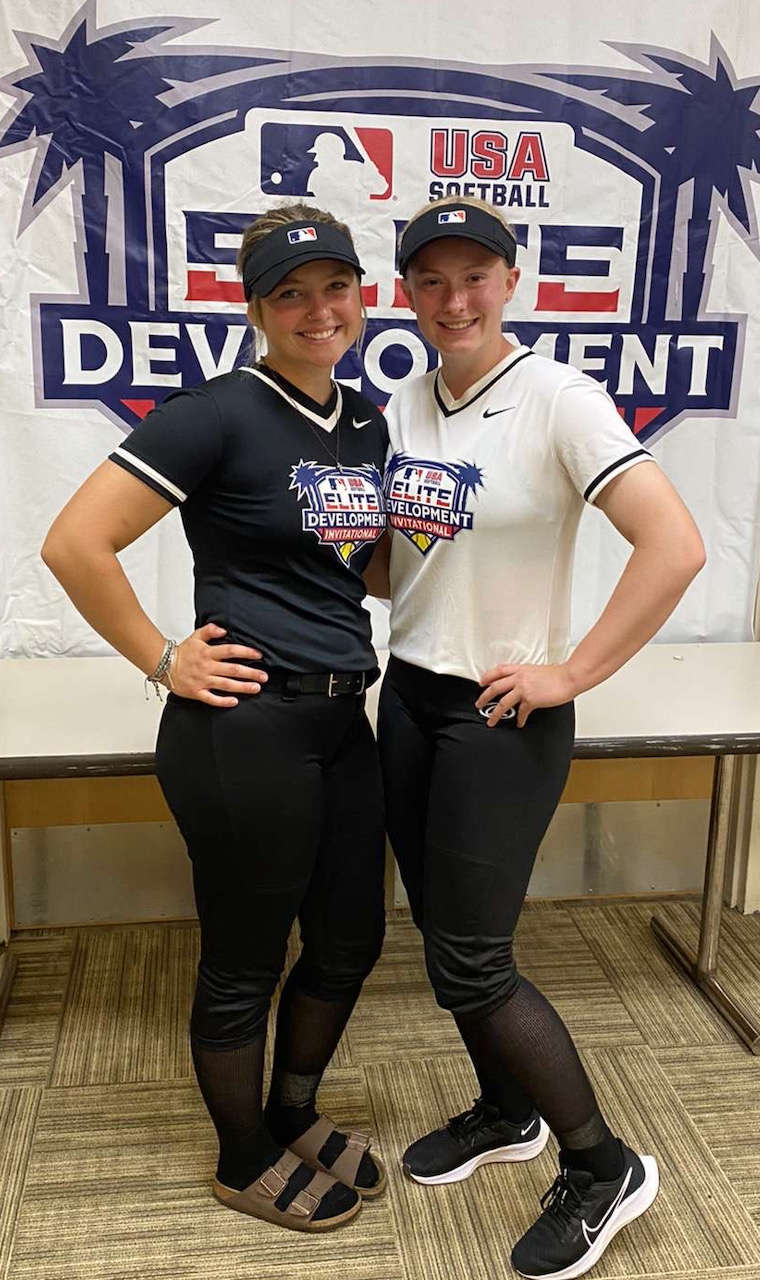 “I just feel very honored that I got to go,” Bixby said. “I didn’t realize how big of a deal it was until I got there and they gave us the shirts and the name tags that said, ‘MLB/USA Softball.’ I was like, ‘Wow, this is a very big deal.’ Then we found out we were the only girls from Alaska and really the only girls from the West Coast… It was very cool.”

The camp is co-hosted by USA Softball. The Softball EDI is an intense program that mirrors the USA Softball Women’s National Team’s training camps so youth attendees get the opportunity to live like players preparing for international and Olympic competitions. Selected players participate in a five-day camp, one of four over the summer, that include seminars, guest speakers and specialized coaching.

Players are selected for the camp on skills shown in practice or game videos submitted to MLB/USA Softball EDI camp instructors.

“A typical day was you wake up at 7:30 and you would go eat breakfast with everybody,” Dale said. “And then you all head to the locker rooms together and get changed. The first few days we would do a whole bunch of development work in the mornings.”

After lunch the campers headed back to the field for more development work, then dinner and a session.

“Like we had a mental aspect of the game,” Dale said. “Different talks with different people. And towards the end of the camp, instead of development work we were split into teams so we would play games.”

Said Bixby, “It was really just eating and playing. That is all we did.”

Bixby said learning from them was a high point.

“Definitely getting to meet some of my idols,” Bixby said. “My favorite pro softball players were there and it was just such a cool experience to meet them…”

Dale said the pros spoke about more than just playing the game.

“It wasn’t just about the mechanics of softball but the life stories of the professional athletes that were there,” Dale said. “And how it is more than just a game but it is also not the whole world. And how failure is a gift and without failing during the game you wouldn’t grow as a person…”

The Jennie Finch Empowerment Award, a $10,000 scholarship, is given to four young women, one in each of the four camps - Softball Breakthrough Series, Jennie Finch All-Star Classic, Elite Development Invitational and the RBI World Series - who demonstrate powerful characteristics such as leadership, motivation, commitment, humility and integrity. Finch had that effect on the campers just by walking in.

Bixby and Dale posted a photo of their faces seeing Finch for the first time.

“I read her book,” Bixby said. “Every kid grew up, like, if you didn’t know a professional softball player you still know Jennie Finch. One of my first mitts I got, my grandpa got signed by her for me…”

Dale said, “She is very popular and growing up I would always hear about her. Aubree Munro is a very good catcher on the Olympic team and Tori Tyson is a very athletic and very good coach I thought. Those were the big ones for me.”

Bixby and Dale will be JDHS seniors and now have a better understanding of what can happen on the softball field after high school.

“It was very huge for me just because I have only ever played sports in Juneau, Alaska,” Dale said. “So it really broadened my horizon on different players and different coaches and how the game can grow and how competitive and large it can get if you want it to be…. This camp really showed me how to be the best athlete and to go on further in sports after high school that you do have to train… you have to keep your grades up… I plan to play hockey after high school but this camp really helped a lot with learning what it is going to take and how to balance school and sports and social life…”

Dale is a catcher and, although she didn’t get to catch Jennie Finch, she did learn about “framing and how to make our pitchers look good and also on our throw downs, like throwing from my knees, they gave us a lot of tips and pointers on that.”

Bixby plays second base, pitches and works the outfield.

“I did learn a lot about out fielding because that is the position I chose to target when we were doing defense,” Bixby said. “I learned a lot about moving to the ball and just do everything you can to get a ball… I don’t have a lot of training in that and I was learning from an Olympian. It was really fun.”

Bixby said softball “has given me a drive and discipline… focus and resilience and it has taught me a lot of mental traits that a lot of us know we can use when we are growing up and going into the work field.”

Below is an interview with Gloria Bixby:

Below is an interview with Anna Dale: 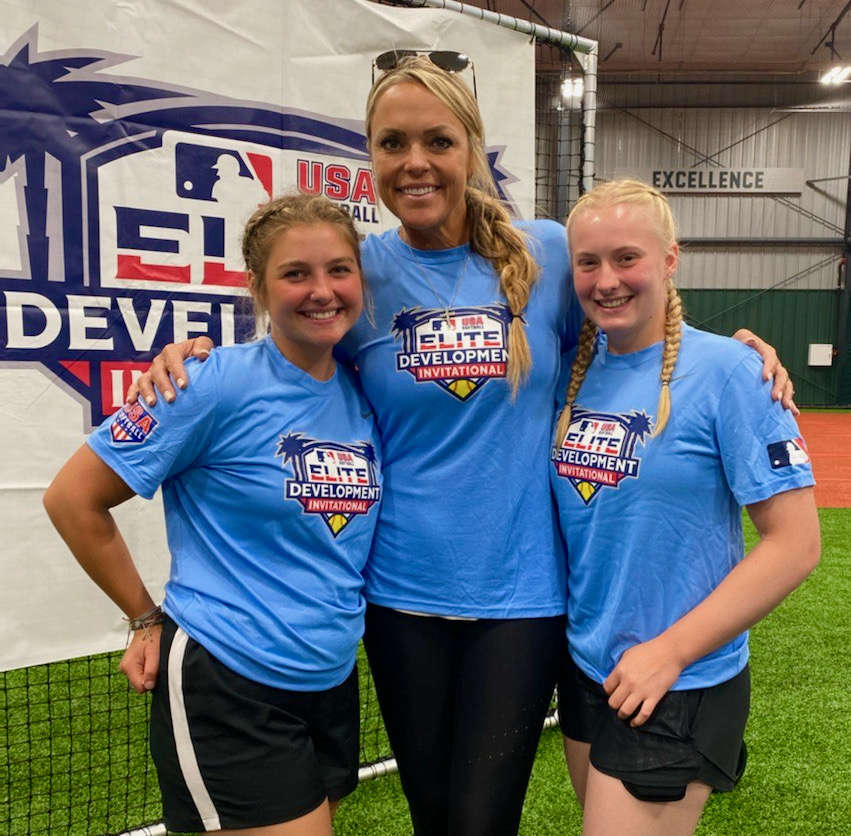 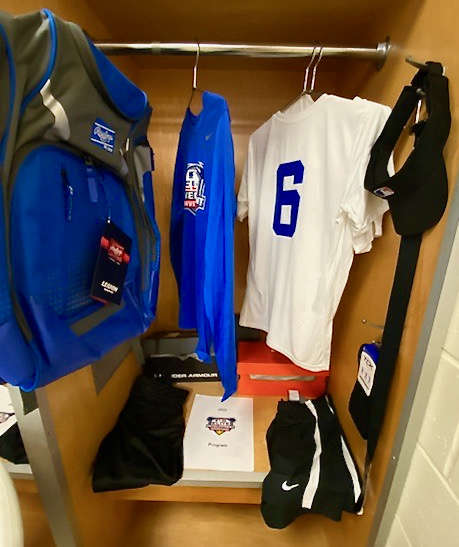 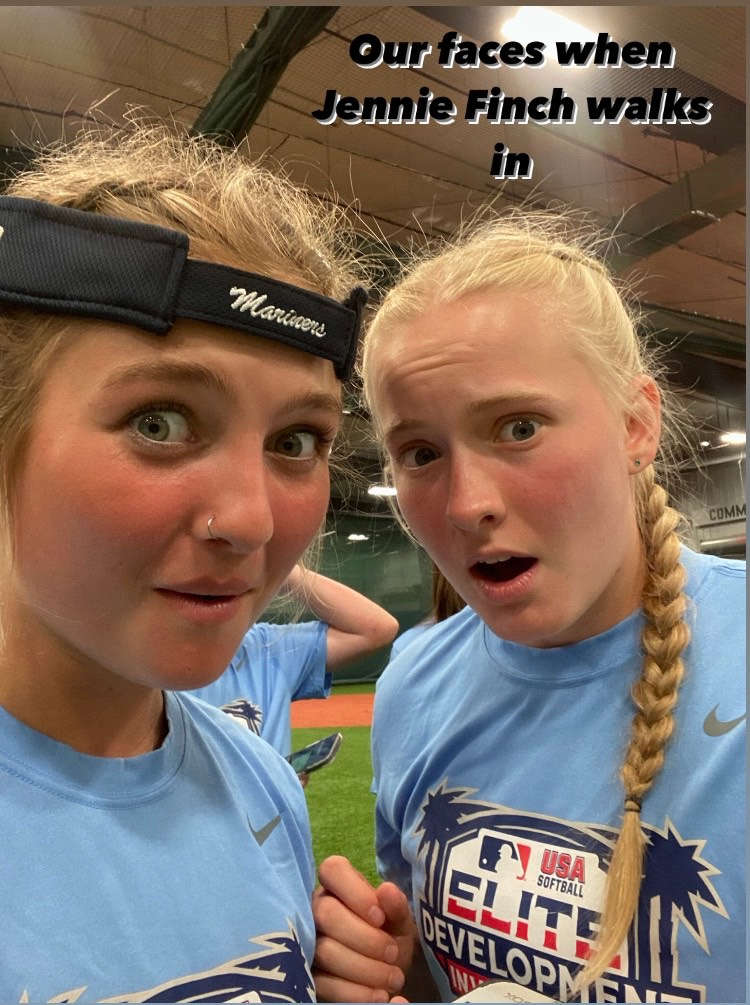 Above - The Jackie Robinson Training Complex in Vero Beach, Florida. 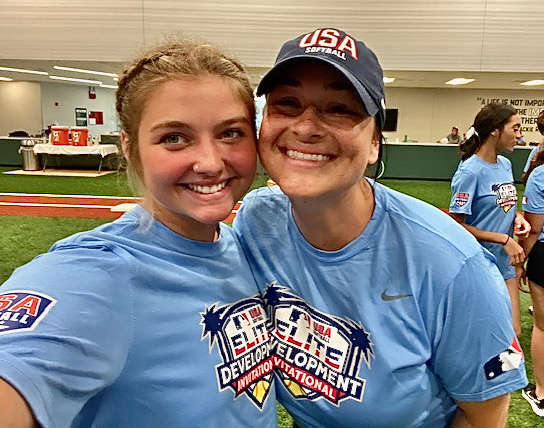