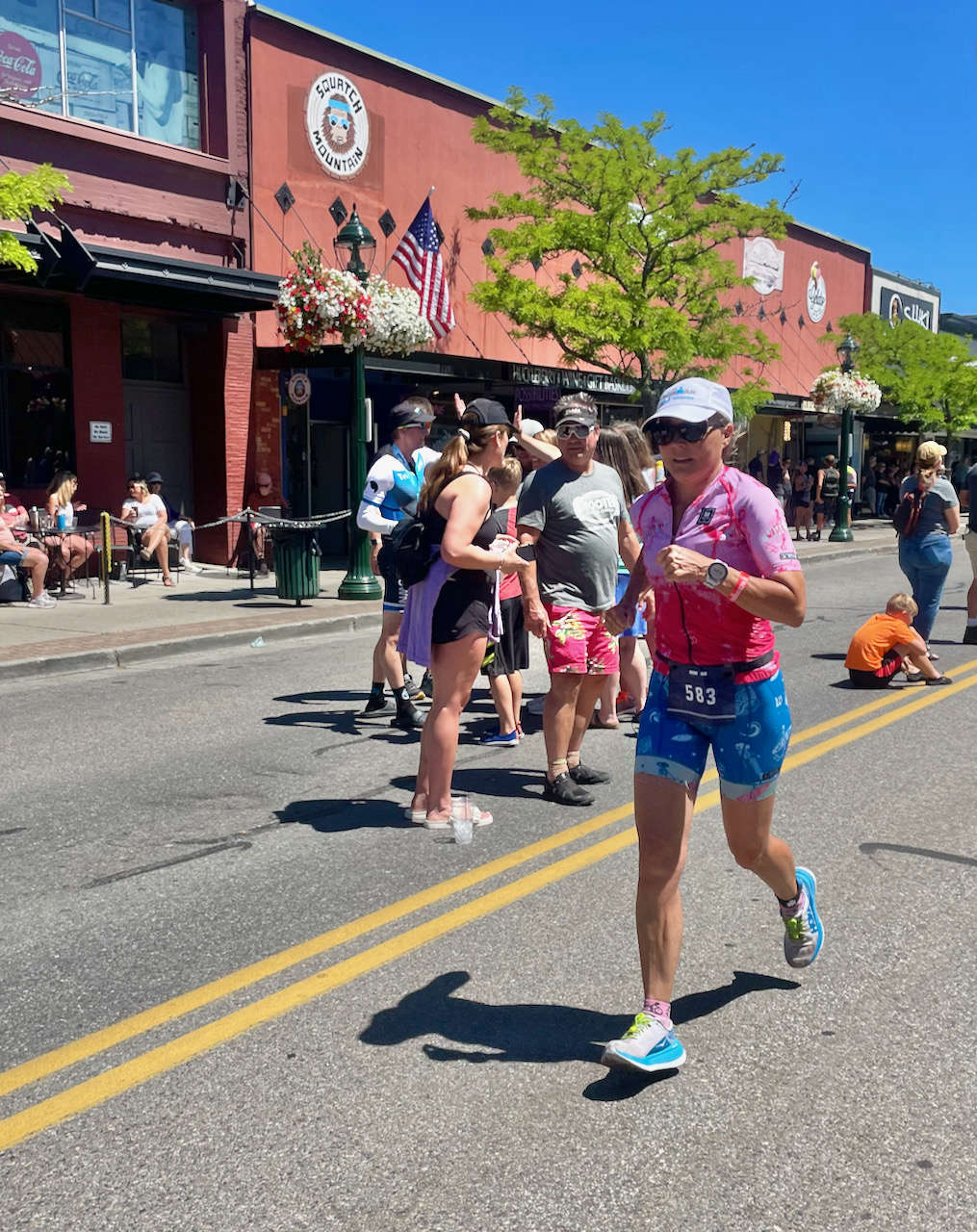 John Bursell of High Cadence Triathlon Team placed second out of 109 triathletes in his age group (55-59) with a time of four hours 55 minutes and 48 seconds. The time was also the 109th fastest out of 1,395 male competitors and 127th out of the overall 2,134 entrants. There were 671 female competitors.

“The Coeur d’Alene half Ironman was a practice race and a training race to get ready for IRONMAN Alaska,” Bursell said. “I think I did OK.”

With the transitions, Bursell’s efforts totaled the 4:55:48, a time he would like to double for IRONMAN Alaska.

“Normally you would double the time and add, maybe, 10% or something like that,” he said. “Five or 10% if you were racing for an all-out finish. I don’t think I will be able to do the IRONMAN in under 10 hours but that is my lofty goal…”

“Training in Petersburg has actually been really good because we have easy access to the pool,” Thompson said. “And when the weather is good, the riding is great especially on a gravel bike out Frederick Point Road. The running has been lacking because I don’t have my running partner Soren (Thompson) in town with me but it’s been fun to watch the other High Cadence folks on Strava.”

Bursell, Dorn, Weikle and Thompson are all part of the High Cadence Triathlon Team trained by Juneau’s Jamie Bursell who also competed.