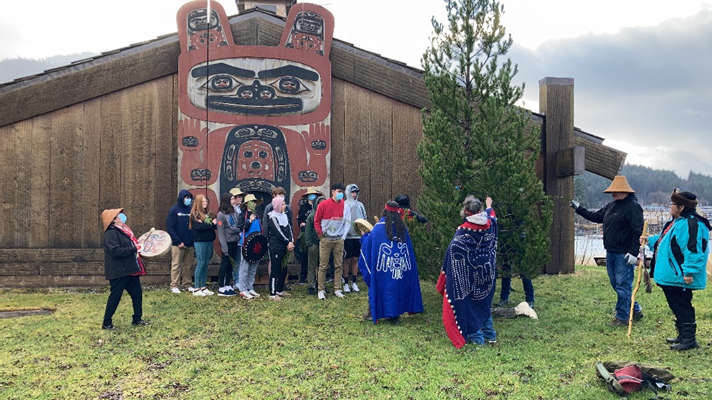 The Together Tree was blessed by Lu Knapp and Virginia Oliver. (Photo courtesy of U.S. Forest Service employee Victoria Houser.)

Juneau, Alaska (KINY) - The Together Tree is in Juneau and is being prepared on the veranda of the Governor's House in time for the Christmas open house there December 7.

It's the fifth year of the program, according to Erica Keene of the Alaska Region of the U. S. Forest Service. She was among the guests on Action Line and told us this year's tree comes from Etolin Island on the Wrangell Ranger District of the Tongass National Forests.

Meanwhile, Keene said the 14 foot lodgepole pine was blessed prior to its voyage from Wrangell to Juneau aboard the Coast Guard Cutter Elderberry.

It was blessed by Lu Knapp and Virginia Oliver of the Wrangell Cooperative Association.  The tree was transported to Juneau beginning November 18.

The tree is dubbed the Wooch.een Together Tree, Wooch.een means coming together in the Tlingit language. 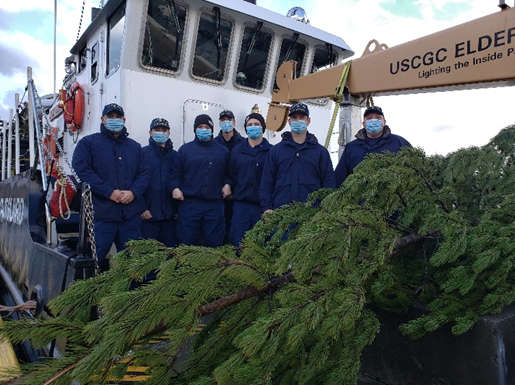 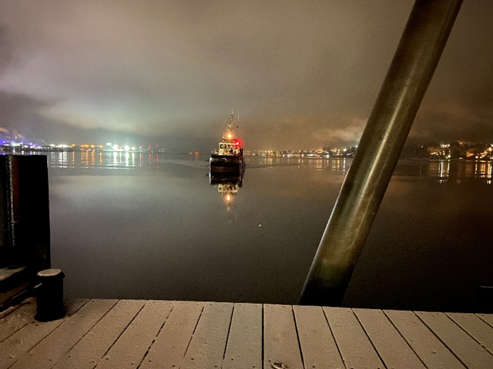