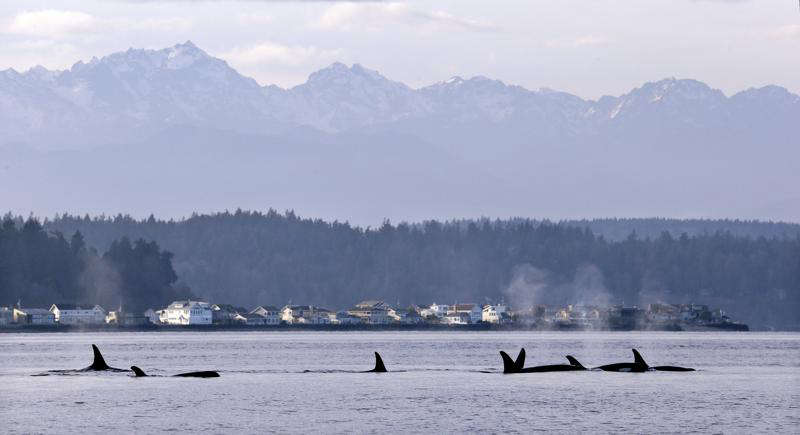 Juneau, Alaska (KINY) - The Southeast Alaska troll fishery of wild Chinook salmon is facing a potential shutdown due to a lawsuit filed by the Wild Fish Conservancy, a non-profit conservation organization based in Seattle.

The lawsuit was filed as a course of action to protect the Southern Resident killer whales and the wild chinook salmon that migrate to Southeast Alaska from rivers in British Columbia, Washington, and Oregon

On Dec. 13, 2022, the Magistrate for the U.S. Western Washington District Court released a Report and Recommendation with a proposed order that includes temporarily vacating the Incidental Take Permit (ITS) that allows Southeast Alaska’s troll fishery to harvest wild Chinook salmon year-round. The National Marine Fisheries Service is currently working to revise the Biological Opinion, including the ITS.

The Wild Fish Conservancy, based in Washington State, filed the lawsuit to stop trollers in Southeast Alaska summer and winter king fishing, citing its impact on the endangered population of Southern Resident Killer Whales in Puget Sound and its lack of food, particularly Chinook salmon. The Wild Fish Conservancy states the Southern Resident killer whales are down to a population of 73 whales, down from 100 25 years ago. The conservancy of the population decline is due in large part to a lack of prey, particularly wild chinook caught in Southeast Alaska during the summer and winter troll fishery

On Jan. 10, the due date for objections, all parties filed their objections.

The Alaska Trollers Association filed objections, arguing to the Court that the proposed remedy would have devastating consequences to the communities of Southeast Alaska with no appreciable benefit to Southern Resident Killer Whales.

Amy Daugherty, Director Alaska Trollers Association, said it's incomprehensible that the Wild Fish Conservancy is looking a thousand miles up the coast to place the blame on the Southeast trolling fishery when there are many other fisheries between Washington and Southeast marine waters.

"Our allocation through treaty has diminished over fifty percent In the last three treaties that we signed with Washington, Oregon, and Canada," she said.

She stated that if the lawsuit is won, it will have a drastic effect on the Southeast fishery.

And she added that it will impact most every community in the Southeast.

"We are the largest, I believe, gear group in Alaska between hand trollers and power trollers," she said. "It's less than 2,000 permits, but we're dispersed or distributed throughout Southeast. There isn't a small community that doesn't have a troller there. And in some communities, it's the major income. So this is going to be quite a hit, particularly for small coastal communities."

Daugherty said they are under a great deal of financial pressure to fight a well-funded national organization like the Wildfish Conservancy.

She also cited other killer whale groups in the southeast waters and south to Washington and Oregon, which said are thriving and healthy. And she said other factors must be considered as sources for the struggling numbers of the Southern resident killer whales.

"We attribute the problem to local pollution," she said. "And actually, there, I believe, the state of Washington had a paper a few years ago which suggested in order to help this, this specific population of killer whales, that they cut down on the whale watching and other traffic that's going on down there. So they're looking 1,000 miles away to assist with a generally or largely if not exclusively, local problem."

Daugherty said the fight is not over, and though it doesn't look good for the trollers, they are waiting for the judge to take a closer look at the facts.

The judicial process leading to the current situation began in September 2021, when Magistrate Judge Michelle Peterson issued a Report and Recommendation finding that the analysis governing the Columbia River (Washington) prey increase program was flawed under federal law and that the ITS governing the Southeast Alaska troll fishery was therefor also legally deficient. Judge Richard Jones adopted Magistrate Peterson’s Report and Recommendation on Aug. 8, 2022.

The Wild Fish Conservancy claims that the Chinook salmon are facing a collapse due to overfishing and mismanagement of the Southeast Alaska trollers fishery. They also oppose the National Oceanic and Atmospheric Administration (NOAA) and its attempt to introduce hatchery salmon to offset the overharvesting of wild Chinook salmon and provide the hatchery salmon as supplemental prey for the Southern resident killer whales.

Emma Helverson, Executive Director of the Wild Fish Conservancy, said the whales migrate from the southern waters of Alaska to the Northern waters of California and spend periods of time in Puget Sound.

She said their focus is to protect the wild Chinook and that 97 percent of the Southeast fishery is salmon that originates from rivers in Washington, Oregon, and British Columbia. It's also these salmon that are the primary prey of the Southern Resident Killer whales, and they are not reaching them because of overharvesting of the salmon in Southeast Alaska.

She said the issue goes back to 2018 when NOAA fisheries came out with a new biological opinion and could not get the parties of the Pacific Salmon Treaty to reduce the harvest of the salmon.

"They said we're going to mitigate that harm, and proposed, you know, a series of mitigation measures," said Helverson. "But that mitigation was, in our minds, unfunded it was really speculative. It was there was no detail on you know how many fish they were going to produce. What rivers were those fish going to be produced in? The mitigation though was proposing, in the form of habitat restoration and hatchery production, that they argued would go on to feed the killer whales and reduce the need to address the overharvest that was occurring in the fishery."

Helverson stated that a lawsuit was a last resort to save the Southern Resident killer whales and the wild Chinook salmon, which she said, both NOAA and the Wildfish Conservancy agree are not sustainable at current harvest levels.

Helverson has lived in Alaska and said she sympathizes with the salmon trollers in Southeast, but she said that the loss of a unique population of killer whales would be a tragedy and the loss of its genetic diversity. She also cites the impact felt by other communities beyond Southeast Alaska that rely on the Chinook salmon fishery.

"This fishery is harvesting fish up and down the coast," she said. "I mean, B.C. [British Columbia] has shut down, you know, their fisheries for 60 percent of their fisheries over the last three years. There are some subsistence fisheries that are not occurring because so few fish are returning on the Columbia, you know, we're literally talking about phasing out our gill net fishery, because so few ESA-listed fish are returning. And so, I think this type of fishing has been having really devastating impacts on communities up and down the coast. And so when we really ask what is the cost of the decisions we're making, we need to consider everyone that's affected by the harm that is caused by this fishery. And so, I think, again, I don't want to undervalue the harm that this causes to Alaska, but I think that to say that this fishery only affects Alaska is not true."

Helverson reiterated that the lawsuit was carried out after years of discourse and attempted negotiations.

"This isn't something that we fell on very quickly," she said. "This is something we've really been studying for almost two decades now. We've worked in many various ways to try to address this problem outside of the courts. And, you know, NOAA, by saying, just admitting that this harm is occurring, and, you know, we just felt given that killer whales are truly facing this risk of extinction. You know, we were really out of options. And this is really the last, the last place where we could really bring this information forward in the courts to just have an impartial conversation of what are the facts on either side of this story and try to come to a conclusion."

Now the decision is in the hands of a district judge in Washington State. All parties are allowed opportunities to respond before the end of the month when a final verdict will be made on whether to halt or not the Southeast summer and winter Chinook troll fishery.

A correction was made January 24 for the mispelling of Wild Fish Conservancy, which was mispelled "Wildfish" Conservancy.