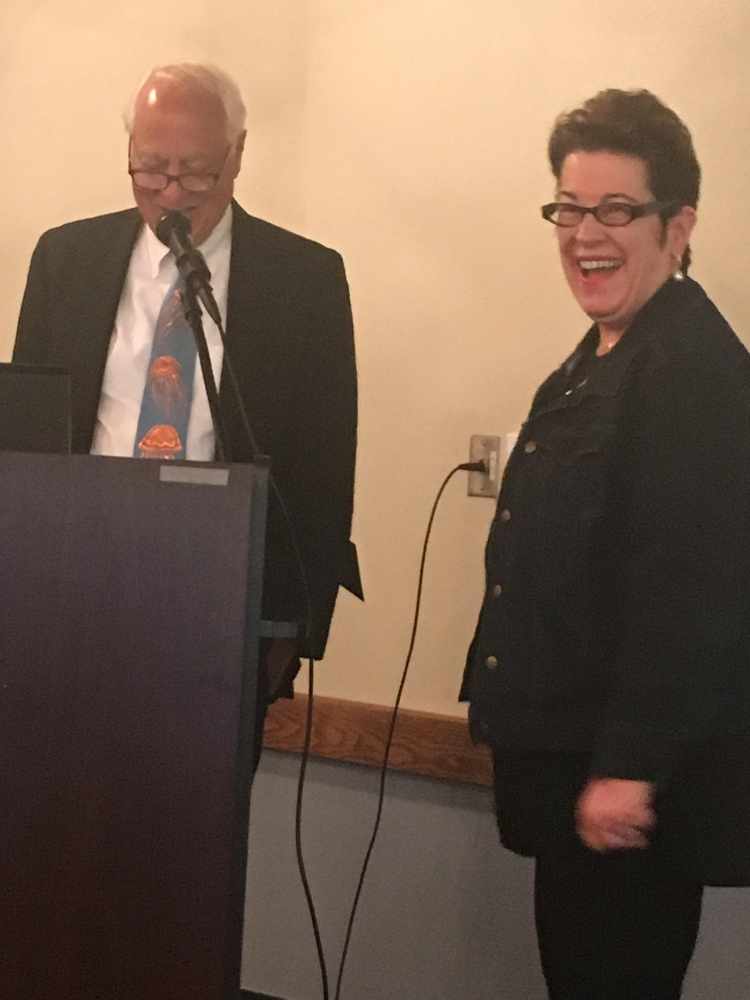 Juneau, Alaska (KINY) Molly Smith was honored for her work with the Perseverance Theater.

Smith worked for over 20 years as the Theater's Artistic Director.

Koelsch said he had known Smith since he began his teaching career and always appreciated the work she did for Juneau.

"It is a small token to pay for all that she has given the community," Mayor Koelsch said, "I felt it was a very little amount of payback for what that lady has given back to Juneau."

Smith said it was a real honor to receive the award.  She said she arrived in Alaska in 1968 and saw it grow and change.  She applauded the community for its activism and support of the arts.  She said Juneau was the most creative community in Alaska.

"I think its fantastic.  Juneau is one of my homes.  To receive this proclamation from the Mayor is moving to me."

Smith said Perseverance Theater continues to grow, make changes and provide wonderful programs for the citizens.  Smith has moved on to a similar arts position in the nations capital, Washington DC.

Smith said she is thrilled to see the plans for the new Juneau Arts and Culture Center.  She said once built, the facility will draw people to downtown.  "Performing Arts Center draw families.  Those families go out to restaurants.  They buy clothes they want to wear to these programs."