Someone gets fake posts onto official CBJ Facebook page 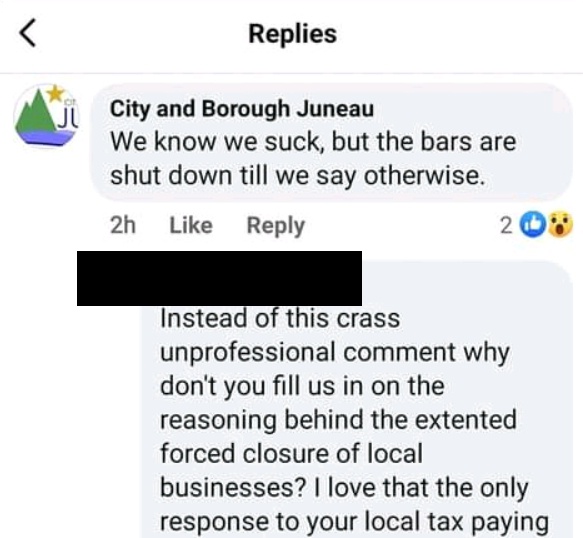 Juneau, Alaska (KINY) - The City and Borough of Juneau is responding after its Facebook page appears to have been hacked with fake posts.

According to the CBJ, someone has created a fake Facebook page purporting to represent the City and Borough of Juneau.

"Once you click into it, you can tell it’s a fake/spoof page, but its profile picture and page name are made to imitate and look like an official page," stated a post on the official CBJ Facebook page. "The real City and Borough of Juneau page, is a verified government page with a blue check."

The fake page has been commenting on the official page, and replying to real comments with crude comments, according to the CBJ.

When CBJ was first made aware of the fake page, they reported the page and the comments to Facebook.

If you see a questionable comment that looks like it's from CBJ, check for the blue check mark next to the name to ensure it's validity.