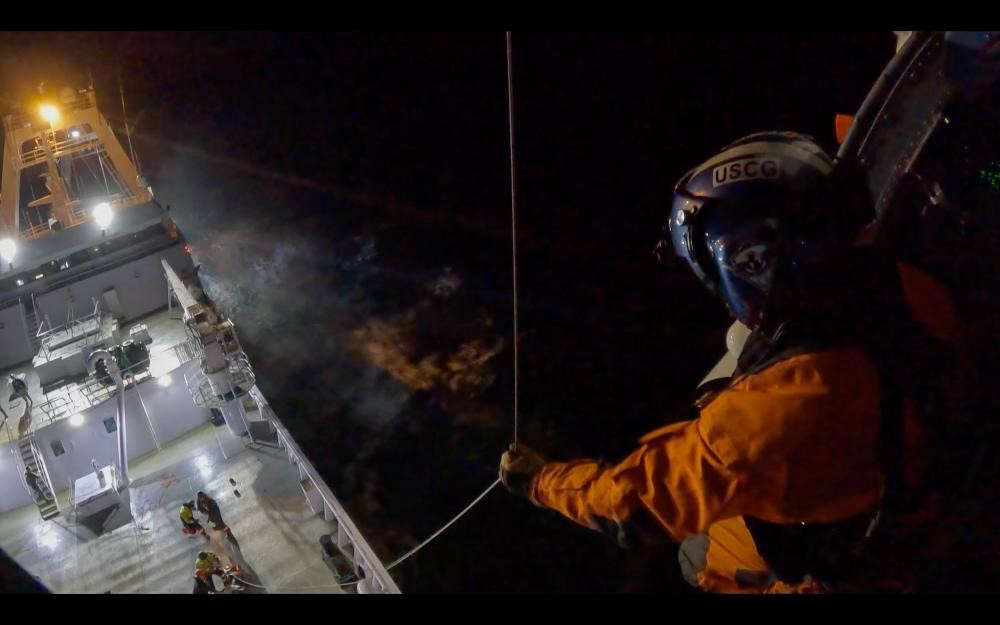 The MH-60 Jayhawk helicopter aircrew hoisted the 47-year-old man from the 310-foot fishing vessel Northern Eagle and transported him back to Cold Bay for a wing-to-wing transfer with LifeMed Alaska personnel.

Watchstanders at the Coast Guard 17th District command center, in Juneau, received the initial request for the medevac Tuesday at 5:55 a.m. from the vessel’s crew that a fellow crew member had injured his right hand.

“I’m glad our aircrew was able to respond quickly and safely hoist the injured man,” said Lt. Cody Harris, Air Station Kodiak MH-60 pilot. “The quick response from the Munro was reassuring, to know that we had multiple Coast Guard assets on scene if needed.”

The patient was reportedly in stable condition during the time of the medevac.

LifeMed Alaska personnel transported the man from Cold Bay to Anchorage to receive a higher level of medical care.

CGC Munro is a 418-foot national security cutter (NSC) capable of extended, worldwide deployment in support of homeland security and defense missions. NSCs routinely conduct operations from South America to the Arctic, where their unmatched combination of range, speed, and ability to operate in extreme weather provides the mission flexibility necessary to conduct vital strategic missions.