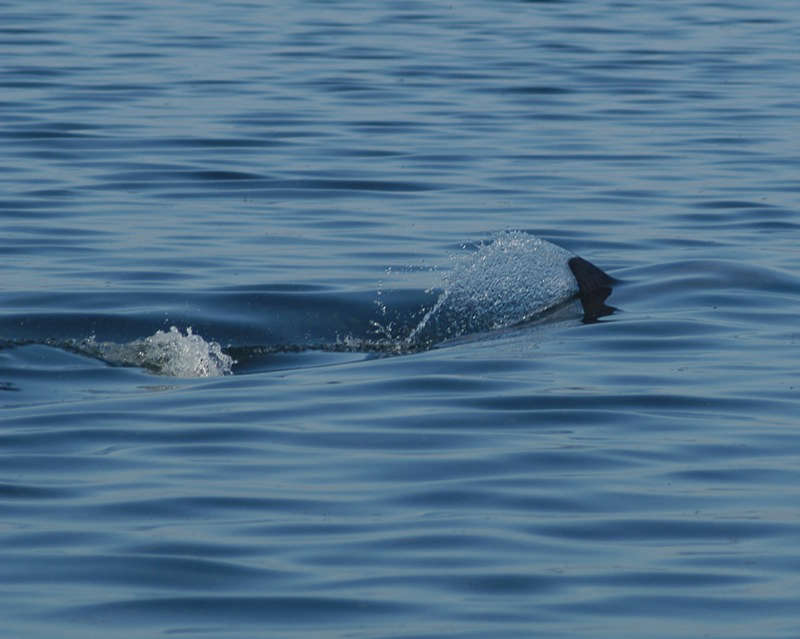 Juneau, Alaska (KINY) - News of the North asked a research scientist about ways to prevent Southeast porpoises from dying in accidental bycatch.

Alex Zerbini is a Senior Research Scientist for the Cooperative Institute for Climate, Ocean, and Ecosystem Studies at the University of Washington. He is also affiliated with the NOAA Marine Mammal Laboratory in the Alaska Fisheries Science Center.

He talked to News of the North about a new study in the works for harbor porpoises. Zerbini has been involved with harbor porpoise research for at least 10 years.

Zerbini commented this hasn't been monitored since 2013, so they don't know exactly how many porpoises suffer from bycatch per year.

"What happens is that harbor porpoises we know from studies all over the range of the species that they're very vulnerable to bycatching fishing nets. So not only in Alaska but in many other parts of the world. When the porpoise get in contact with a net, they will get entangled, and often they will die. In southeast Alaska specifically, the world's Marine Mammal Observer Program implemented in 2012 and 2013. Through that marine mammal observer program, they documented the bycatch of a few individuals, but the Marine Mammal Observer Program ended in 2013. No monitoring has been taking place since then. The Alaska Fisheries Science Center is planning to coordinate with the Alaska Department of Fish and Game and their fishery in the fishing industry to develop and implement a new observer program."

He said it's important to keep track of how many porpoises die because of nets. Harbor porpoises are not listed as an endangered species at this time.

The reason why porpoises are especially vulnerable to bycatch is that the fishing nets are in a good portion of their habitat.

Zerbini said after monitoring resumes, what could happen.

"If through the monitoring, it's demonstrated that the mortality of harbor porpoise, the incidental mortality of harbor porpoise in the fishing nets, is greater than what is potentially removable from the population in a sustainable fashion, then the NOAA and the US government have to act to establish a process to minimize the bycatch. How that process is going to be established will depend on a number of factors. There is a standard process to reduce the take. But essentially, NOAA would have to implement some sort of a take-reduction plan to minimize mortality of porpoise if we demonstrated the mortality is greater than what removed from the population in a sustainable fashion."

Porpoises use echolocation to communicate about obstacles in the water. However, they aren't currently able to detect fishing nets while they're swimming.

There may be a solution where both the fishermen and the porpoises could benefit by utilizing the porpoise's echolocation.

"There's a number of possibilities. We could request the fisherman to add these pingers which are these acoustic devices to put on the net. The porpoise can hear that acoustic device and then they avoid the area where the nets are. We are actually right now developing an experiment to assess in southeast Alaska how porpoise can and will respond to the devices. So one option would be to say, fishermen, you have to implement some sort of a program where the devices are attached to the net, and nets cannot go into water unless they have these acoustic devices operating to keep the porpoise away from the net."

Zerbini said this experiment will be conducted in Auke Bay sometime this year.

After they prove the porpoises respond to the pingers as expected, they will have to demonstrate using the devices reduces bycatch.