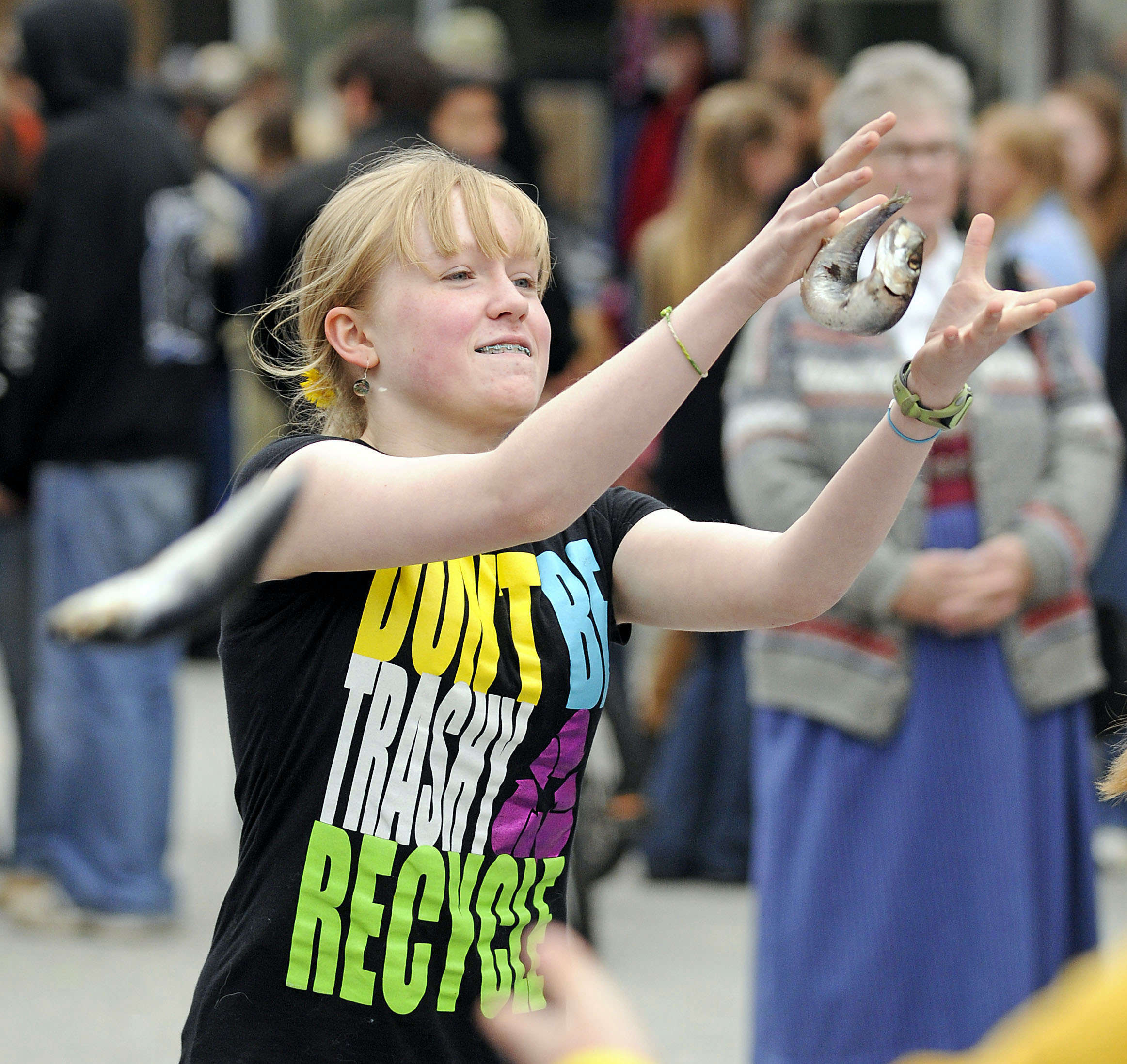 Juneau, Alaska (KINY) - Weather. Who would have thought weather and the problems associated with snow and rain would derail the athletes in Alaska?

And why did my coaches and school leaders not act with the same concern as modern voices of reason?

Yes, there were sports in my day… and, yes, pickling herring is a sport in Little Norway and one which brings much prestige to annual winners.

Hockey and basketball are currently in season. Local student athletes, per school policy and safety precautions, are not allowed to practice if weather shuts down a school.

Which is understandable. These streets were not fit for man or beast.

Well, not for today’s man or beast.

At least today’s youth have streets.

A trail through devils club, skunk cabbage and bear dung always made our home gym very “accommodating” for visiting teams.

Believe it or not there are sports that athletes can compete in virtually. Many, however, are not conducive to my genetic makeup as they require things I did not inherit, such as “high cranial cell excitation and retention.”

The lack of said requirement may, in hindsight, have been brought to fruition by my involvement in all manner of school activities as a Scandinavian lad under the guidance and tutelage of “old-timey Scands” who built the school with their bare hands as storage facilities for summer fishing nets in the winter, and for curing barrels of last year’s fish harvest in the summer.

Sure you can play esports, or bet online or be a troll and all those similar "forehead sweat infusing" type activities. But for in-the-gym, sideline-to-redline sneaker and skate activity you just have to feel the elbow that puts you on the hardwood or the ice.

You have to love the smell of sneaker melting on wood or the taste of fresh blade-cut ice as it lands on your face. And you have to stand for that school fight song that always features ol' Sven missing the fourth note of his trumpet solo because a pinch of Swedish ‘bacco has finally come “untoothed.”

I can’t imagine having to suspend games when I was a youth.

Today’s tournament names such as “Rain Ball” or “Mud Ball” or “Ice Those Halibut” originated over in my little ‘berg.

Shoot, our Little League uniforms came pre-soaked, ready to be sloshed into. If our hat brims weren’t running the ink colors onto our faces then no respectable kid took the field.

Heck, winter winds blew directly through the gym door to the basketball court, no layers of school halls in my day. Fans brought the outside world to the court and we learned to watch those painted lines for standing water, ice and road salt.

Homecoming King and Queen? Prom royalty? It took half a night for the coal stoves to put out enough warmth that the winners could be unwrapped and identified… why I remember in ’74 there was a huge consternation when Lars passed himself off as Arnold and claimed the hand of Agnaes, placing a crown upon her head and a kiss on her cheek. If it hadn’t been for an ice spot on the floor that scuttled his exit, spun him sideways and half undressed him, then who knows what improprieties might have ensued. As such though, Agnaes, the prior-summer’s cord-wood-cutting champion, crossed his eyes with a right hand that put him in his place - four rows up in the bleachers. And I do believe Helvi, Lars’ soon-to-be ex-girlfriend and the cord-wood-runnerup, applied a left hook that placed him four rows back down.

Unfortunately for all us lads, the lasses made this a sport the following year… bleacher tennis.

My favorite winter sport as a lad was “pelting.”

You get all bundled up in whatever hand-me-down, Norsk-grandma-knitted, thrice-darned garments were available… waddle outside… and heft moldings of snow at weaker persons until stronger persons pelt you with much harder and larger moldings. Then you go back indoors, stand in front of the open fireplace until sparks smoke your wearings and soothe your ego.

All this reminiscing has my nostalgia fermenting like lutefisk in the town punch bowl. Which, by the way, would be the drink of choice in my day.

What will I do with myself in this current weather euphoria?

Maybe I will light an “Aroma de Cannery Locker Room" candle… put an opponent's jersey on my dog… break out my Chuck Taylor high-top canvas whites… spread some burning mentholatum ointment on a appendage or two… and cry like a baby over that freshman year loss to Wrangell in the Christmas tournament, the one where the fans kept pinching me when I inbounded the ball.

Sure, I could do that.

Or maybe I have to find out what virtual-reality goggles are all about?

Nahhhhhh, when you are making pickled herring you have to REALLY sniff, touch and taste if you want to dethrone the Olsens or Johansens or old Lars who took up the sport right after the ’74 prom.