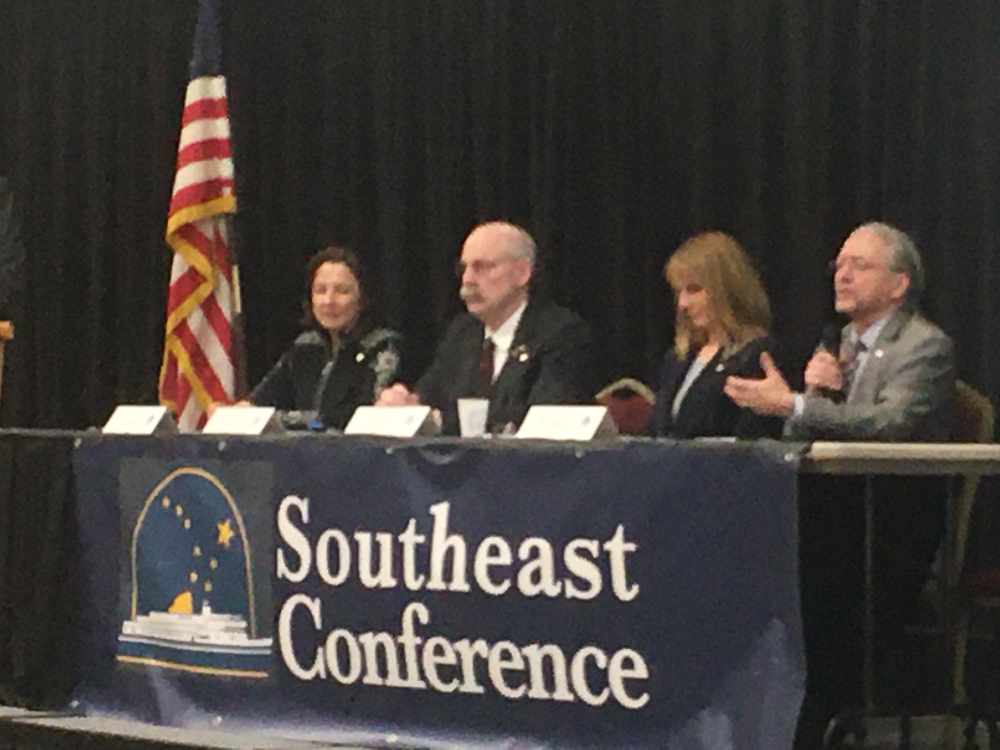 Juneau, Alaska (KINY) - The annual meeting of the Southeast Conference gets underway Tuesday and continues through Friday.

It was scheduled to be held in Haines this year but will be conducted virtually because of the pandemic.

Highlighting the agenda is a report from Admiral Thomas Barrett of the Marine Highway Working Group.

The Southeast Conference in the past has recommended turning over the system to an independent authority.  Southeast Conference Executive Director Robert Venables, who also serves on the Marine Highway Working Group, was asked on Action Line if that's where the recommendations are headed.

"I think one thing is for certain that there has to be systemic change and it really begins with management and governance," he said.

Venables said the working group will take a look at the public corporation model to determine if that is the best approach.  "That's not an easy lift and it's certainly not something that a governor unilaterally could do."

Venables added that they're trying to get the Governor actionable steps that he can initiate and complete or do in conjunction with the Legislature that's not going to take a year or two because the system doesn't have that long for the need for change.

Melani Schijvens of Rain Coast Data who also serves as the Economic Development Director for the conference will present the annual Southeast Alaska By the Numbers report on the first day of the conference.

She was asked about the number of jobs lost since April due to the COVID19 pandemic.  "We have lost just about 7,000 jobs so far across all of Southeast Alaska and that's if you average April through August actually.   That's 17 percent of all of our jobs have been lost. If you look at August only, so August through the snapshot, we've lost 21 percent of all jobs so more than one in five jobs is just not there right now,  It's obviously just an extremely, extremely difficult, and troubling time."

The conference concludes Friday with its membership meeting which will include the induction of new officers.

To join the virtual meeting Venables said to go the Southeast Conference web site, www.seconference.org, and follow the links that will take you to the registration page.