Rep. Tarr bill calls for rape kits to be tested within six months 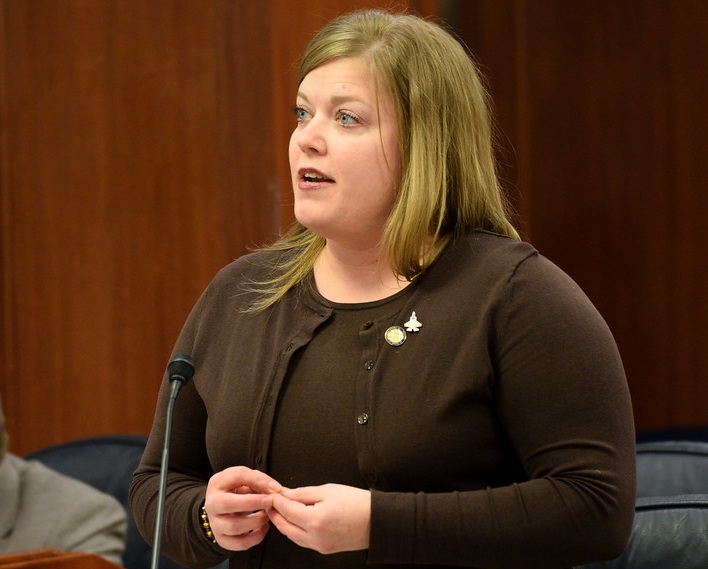 Anchorage Rep. Geran Tarr on the floor of the House of Representatives.

“The headlines this summer and fall have been devastating, telling the stories of too many women being sexually assaulted, not listened to by law enforcement, of repeat offenders, of lives changed forever not just by a violent assault but also by a justice system that failed them,” Rep. Tarr said. “Delay means a dangerous individual is out in our community hurting people. That must stop.”

According to House Majority press secretary Austin Baird, this bill is the next step in rape kit Reform, a broad effort to enact trauma-informed, victim-centered policies and to bring justice to survivors.

In recent years, several rape kit reform efforts been enacted, including passing legislation to require an annual audit of untested rape kits; a victim-centered approach to reporting sexual assaults including law enforcement and anonymous reports; training for all law enforcement officials on sexual assault response; funding for testing the backlog of 3,400 rape kits statewide and for storage shelving for the crime lab; implementation of a chain of custody process in the state crime lab and adding an independent identifier for each rape kit; legislation this year adding additional requirements to the audit report to require all kits be sent to the crime lab within thirty days, tested within one year, and that individuals be notified within two weeks that their rape kit has been tested.

“For far too long, Alaska has been at the top of the list for rates of domestic violence and sexual assault,” Rep. Tarr added. “What’s worse is that these issues have been ignored by law enforcement and by the legislature. We must change course. This bill should have unanimous support in the legislature. I hope all of my colleagues will support this effort, which is necessary to make our communities safe for women, by joining as a co-sponsor and helping me make this the first bill we pass next session.”