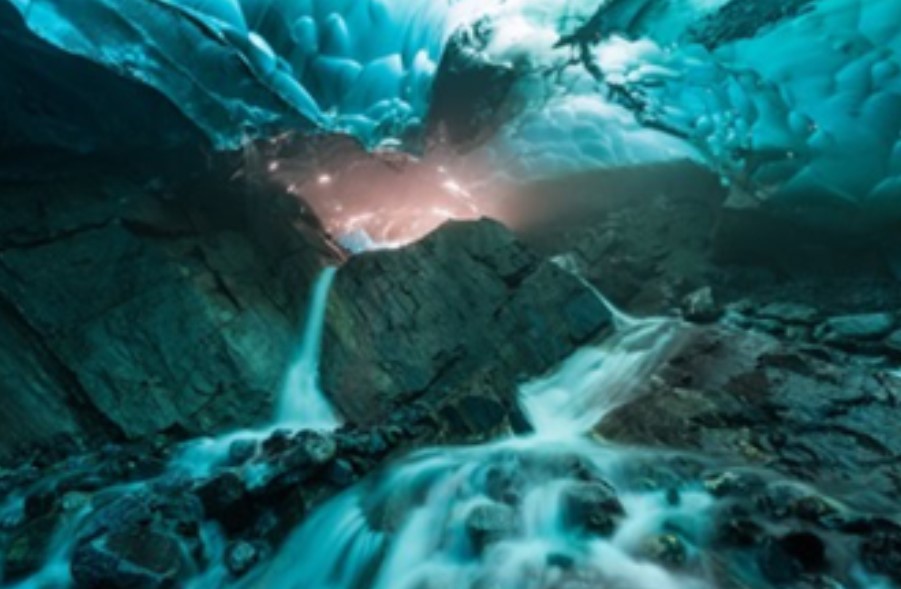 The winning image by Carol Lahnum from Juneau.

Juneau, Alaska (KINY) - From more than 13,000 images submitted by the public in the “Sea to Sky Princess Photo Contest,” Princess Cruises on Wednesday announced the grand-prize consumer winner.

Carol Lahnum from Juneau, submitted the winning consumer photo of Brown’s Cave at Mendenhall Glacier, located in the state’s capital.

In addition, Princess Cruises employees also submitted their destination photos and Mark Harris, based in Seattle, Washington, was named the grand-prize employee winner with his photo of a hidden café in Mykonos, Greece, captured on a Mediterranean cruise.

These images and nearly 1,000 others will be featured in Sky Princess staterooms and stateroom corridors.

“Congratulations to Carol and Mark and the other entrants whose images were selected to showcase the inspiring destinations we visit and be featured onboard our new Sky Princess,” said Rai Caluori, Princess Cruises Executive Vice President of Guest Experience and Product Development. “These remarkable shots share cherished memories travelling the world in the iconic places we take our guests.”

With a destination collection of 380 ports and scenic attractions on seven continents to capture, the “Sea to Sky Princess” contest invited entrants to submit their favorite photos portraying their most treasured holiday vistas.

“I captured this image one morning when we paddled the two miles across Mendenhall Lake, then climbed up, over, then under the glacier,” said Lahnum. “Around 8 am, after we had climbed down into the cave, the sun started to peak into the entrance of the cave and this image was captured. It’s a long exposure image so that I could capture the flowing waters all around me.”