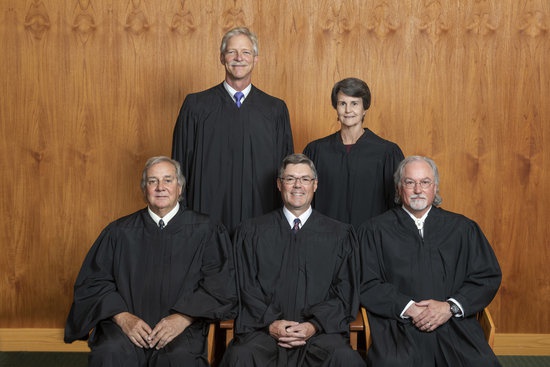 Juneau, Alaska (KINY) - Chief Justice of the Alaska Supreme Court Joel Bolger gave the annual State of the Judiciary Address to a joint session of the Alaska House and Senate.

He requested a temporary judge and a permanent staff attorney for the court of appeals to cure a case backlog.

The courts also requested e a deputy coordinator for the Therapeutic Court system.

Over the past three years, the court's budget has been cut by $11 million.  The staff has been reduced by nine percent.

"The court system will continue to do its work independently and outside of any political or financial influences so the public can continue to be certain that each court decision is fair and impartial."

Bolger said the court system continues to try and get back with less.  He thanked the legislature for its consistent support of the judiciary.

"We only come to you for only the things we need and you have always responded," he added.

He said there has also been an increase in open cases before the trial court system.

"A recent count showed a near 20 percent increase in open cases over the past five years."

There has been a 40 percent increase in active criminal cases compared to 2014.