Coast Guard responds to barge aground in Naknek 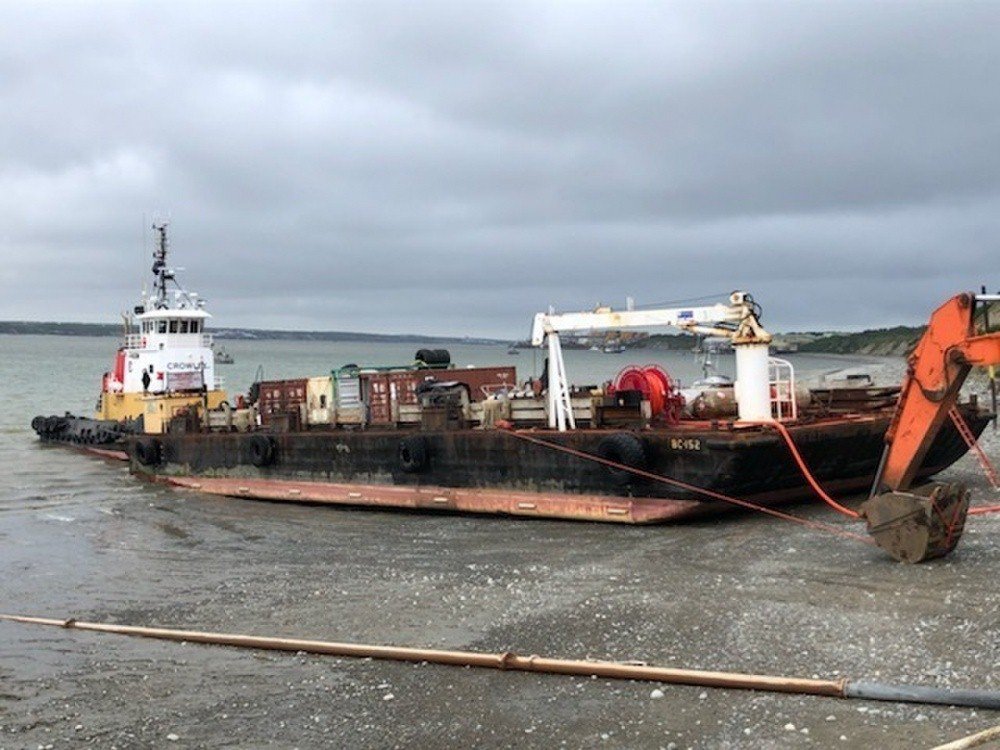 The US Coast Guard has released this photo of the barge.

Naknek, Alaska (KINY) - The Coast Guard is responding to a fuel barge that settled in the mud and began to show signs of structural stress while offloading petroleum product on the Naknek River in Naknek, Wednesday.

No pollution has been observed and no one has been injured. Product is currently being offloaded from the barge, and approximately 50,330 gallons of gasoline and 95,410 gallons of diesel remain onboard.

The Coast Guard and contracted cleanup professionals are standing by on-site in the event that any fuel enters the water.

Personnel aboard the Crowley BC-152 barge reported to the Coast Guard at approximately noon Tuesday that the barge had settled in the mud, and that the deck of the barge was showing signs of stress, including a cracked check valve.

"This barge did not run aground, but became stuck in the mud during low tide yesterday as it was offloading product," said Lt. James Nunez, incident management division chief for Coast Guard Sector Anchorage. "Our job is to ensure the potential for pollution in this situation is mitigated. We will continue to stand by on site until the product is offloaded and we are satisfied that there is no longer a threat. Protecting the environment is our top priority."