Boat takes on water near Sitka 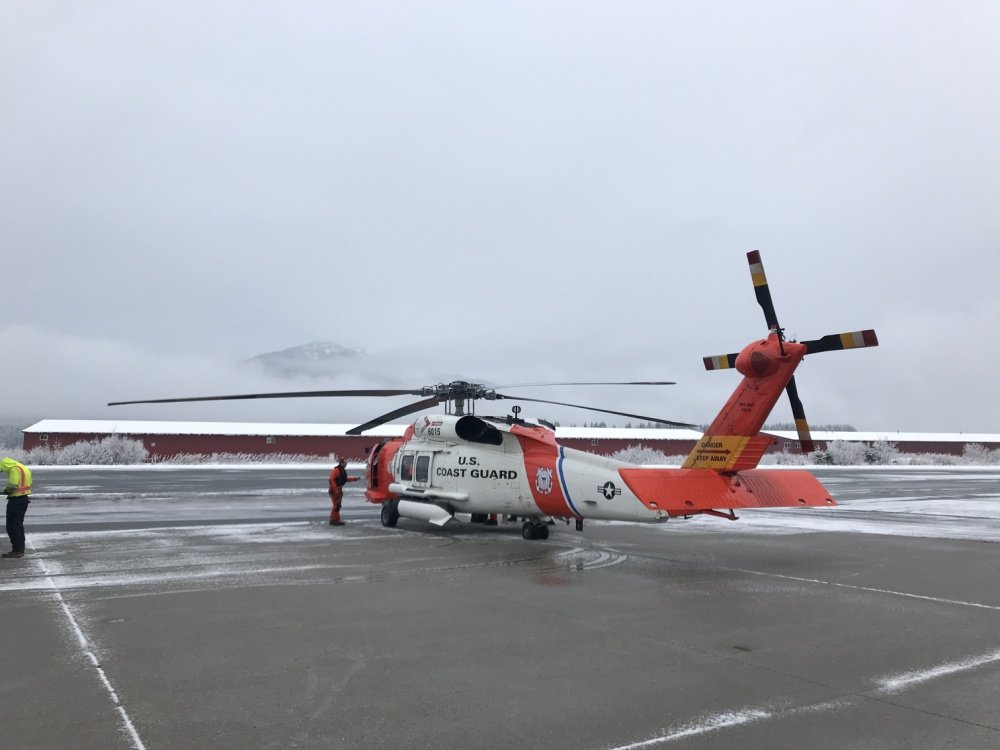 SITKA, Alaska (KINY) — The Coast Guard rescued a man after he intentionally ran it aground on Strait Island near Port Protection, Saturday.

The Coast Guard said an MH-60 Jayhawk helicopter crew from Air Station Sitka located the man and hoisted him from the island’s rocky shoreline, then brought him to Sitka, uninjured.

Coast Guard watchstanders in the Sector Juneau command center received a distress call via VHF-FM channel 16 from the man aboard the 33-foot, recreational, wooden, fishing trawler Onyx at about 2:40 p.m. He reported that the boat was taking on water, he had activated his EPIRB and put on his survival suit, and he was preparing an attempt to beach the boat on Strait Island to avoid sinking.

Watchstanders issued an urgent marine information broadcast and requested the helicopter launch from Air Station Sitka, as well as to divert Coast Guard Cutters Anthony Petit and Anacapa to the area.

The helicopter crew arrived on the scene and spotted the man’s red meteor flare and strobe light.

Winds at the time of the hoist were approximately 40 mph, in otherwise rainy and misty conditions.

“Considering the cold water and air temperatures, the outcome could have been much worse,” said Lt. Kyle Johnson, co-pilot for the case. “Fortunately, he reported his position and intentions on VHF Channel 16, signaled us with a flare, and wore a strobe light on his survival suit. Because of all this, he was able to keep his body temperature up and we were able to find him.”