Barge bound for Alaska runs aground in British Columbia 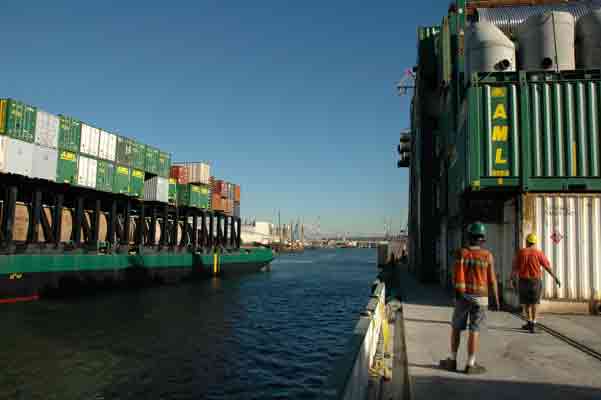 ANCHORAGE, Alaska (AP) — No injuries were reported and there was no marine pollution when a barge headed to Alaska grounded near Vancouver Island, officials said.

The barge was being pulled by a tugboat and was headed toward Whittier. None of the six people on the tugboat were hurt, said Michelle Imbeau, a Canadian Coast Guard spokeswoman.

The barge was carrying rail cars and containers on its deck and did not have cargo in its hull, which investigators determined was compromised during an assessment conducted Sunday, Imbeau said.

Crews tried to refloat the barge and assess the damage Monday. Transport Canada spokeswoman Jillian Glover said the barge would be towed to a facility in Middle Point for repairs if needed.

The vessel did not pose a threat to island residents, Ryan Dixon, a spokesman for Alaska Marine Lines’ parent company Lynden Inc., said in an email.

“We are carefully assessing the barge and working with the Coast Guard to ensure we can safely move it out of the area as soon as possible,” Dixon said.