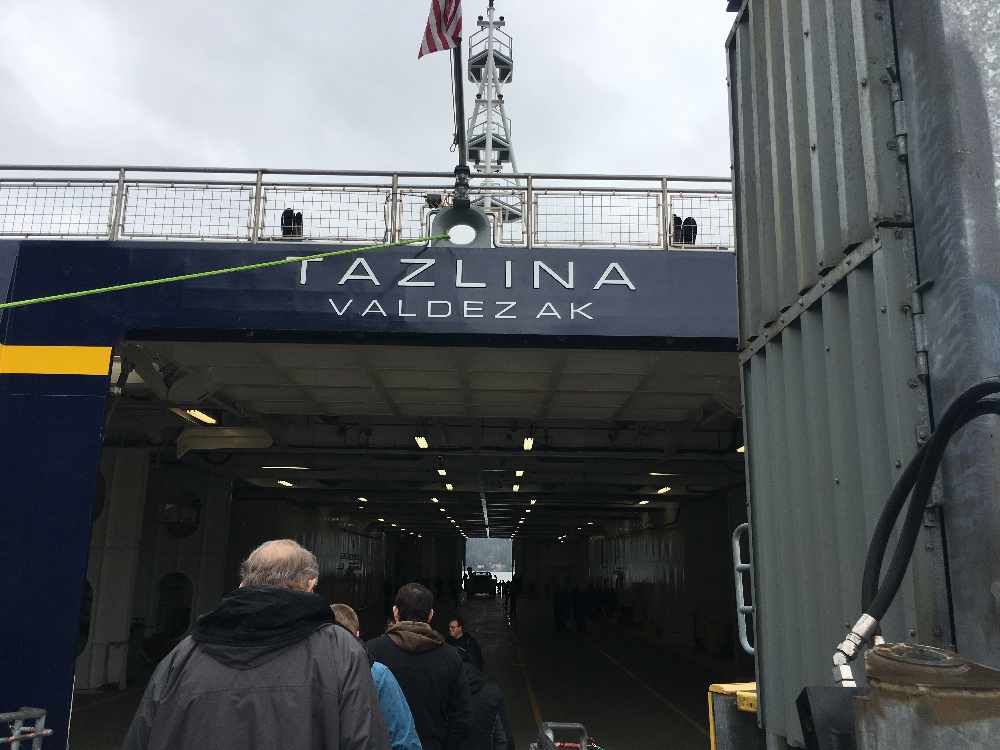 The ferry Tazlina during an open house earlier this year.

ANCHORAGE, Alaska (AP) — The Alaska Department of Transportation is considering how to act on a study addressing issues within the Alaska Marine Highway System, including an aging fleet and decreased ridership, officials said.

The study conducted by research firm Northern Economics evaluated 11 options for overhauling the network of vessels that moves people, vehicles and goods, The Alaska Journal of Commerce reported.

The ferry system reaches 35 communities spread over more than 3,000 miles (4,828 kilometers) from the Aleutian Islands to Bellingham, Washington.

Ferry ridership has declined from about 350,000 passengers in 1998 to 251,000 passengers in 2018. The drop coincides with GPS and other technological advances that have made flying safer and more consistent, transportation department Commissioner John MacKinnon said.

“The chance of them doing a flyover now and not being able to land is a lot smaller than it used to be, so our competition is just technology that the airlines have been able to use to improve their performance,” MacKinnon said.

Vehicle transport has remained steady at about 100,000 car, truck and van shipments per year, according to ferry service figures.

Ten of the state’s 12 ferries are 37 years old on average and six ferries are more than 40 years old. Two fast shuttle ferries are docked and will be sold because they are not fuel-efficient and have been plagued by engine problems and hull cracking, officials said.

The ferry system’s budget has been cut in half since its peak of $111.2 million in fiscal year 2012 and service levels have been cut about 25% over that time. This year’s budget calls for a $56 million state subsidy, which is a compromise between the Legislature and Republican Gov. Michael J. Dunleavy’s original proposal of $21.8 million.